For four years now I had been living in belief, that my notebook can not address more than 4GB of RAM, due to the used chipset and that only one of the later Macbook Pro models could be upgraded to 8GB.

Due to the high RAM prices, this was a theoretical issue at the time when I bought the laptop in November 2008 (it was the 27.11.2o08, I remember, because it was a frustrating day for me and buying this laptop was meant to be the start of my career as a freelancer and company founder). So I opted for 2GB and later put in 4GB.

Lately, with Mountain Lion as the operating system on computer, Xcode 4.5 was getting very memory consuming. I had days, when debugging code meant to re-start Xcode every 2 hours, to prevent Xcode from eating up 3.5 GigB of my 4Gig ram, since once it does so, the system is painfully slow until you stop Xcode.

When lately one of the laptop fans got stuck, I opened the laptop case, gave him a little “go” and all was fine again. Just to check for the prices of repair fans, I visited the respective Macbook/Pro Website at ifixit.com. There I read, that this notebook was OK to take 8GB of RAM. I double checked, with apple’s site. There it stood: 4GB. Who to believe?

After some time, it was clear, that this new, that the machine can indeed take 8GB of RAM was correct if you had a newer operating system and one of the newer Bios versions. Now the fan was irrelevant. YES. I MUST HAVE IT! I MUST HAVE 8GB!

But wait! Where are the prices today? A quick check revealed: Some charge $99 for 8GB, some 33€ plus shipping! I finally paid something in between. And since that day, I have a totally new machine. Quick, powerful, fun to work with, totally silent, but: 4 Years old (soon).

Some thoughts at the end:
I still can remember checking the prices for 16kbit and 64kbit RAMS and buying my own 64kbit RAM chips. Eight of them I needed – in order to have RAM for the self-designed Z80 Computer with a huge 64 Kilobyte of RAM I was working on (and never finished, because soon after starting the project I got my hands on real Unix computers at the TU Berlin).

Yesterday I decided, it is time to fight the fear of loosing files and delete the trash. Of course, I did start a backup session first. When this was done, I started to empty the trash. Since it said “97030 files”, I decided it is OK to leave the computer on it’s own and go to bed. Coming back the next morning, the computer was frozen. It showed a password screen, but didn’t work any more.

It did not boot.

I stopped the computer again, this time pressing the “alt” key on the computer while booting. I selected the repair option (can’t remember the exact text, sorry) and first did a check of my disk drive. It turned out to be OK. Then I had the choice:
– reinstall from backup
– reinstall OS X 10.8 Mountain Lion

My thoughts where:
– Only reinstalling the OS would be quicker and I would keep all my non backed-up files. But depending on where the problem really is, this would mean I have no idea if some of my files got lost.
– Reinstalling from Backup would definitely restore all files in the backup.

So I decided to reinstall the computer from backup over firewire 800. First it said 16 hours remaining, but then it was done after 4 hours.

Luckily, it worked – but with some strange flaws: An attached USB stick was not writable, the Finder did not show the computer itself, and some graphical flaws were apparent. Stay tuned…

In an attempt to make my many programming experiments last and live longer than my hard disk might live, I wanted to create a remote copy of my git repositories.

So I programmed the following line

Of course I had a problem, that I had not expected. Can you spot it? It is not, that  I used parenthesis, where they are not needed. I kept them, because I first wanted to program (cd $i; …). But this would have been “wrong” too. So what is it? Of course, it is using $i without quotes!

“Back in the good old days” nobody liked spaces in files or directories. It made all programming and typing a pain. So back then, the above line was not only common, but more or less seen as “correct”. But nowadays even my Xcode projects sometimes have blanks in their filenames. So the correct version is this one:

Why is it “$i” instead of ‘$i’, `$i` or ´$i´? I assume, you know that “$i” is quoting including substitution/evaluation of the variable i, ‘$i’ is quoting the variable without substituting it and that `$i` will substitute $i with the shell-execution result of $i’s content after evaluation. And ´$i´?  That’s no quote at all, just two special characters.

Small programs (and program errors) like this made programmers like me superstitious: Never use blanks in filenames. I still try to avoid them, but the “forces of the evil blank” are so nice, sweet and appealing…

Today I received the following comment, which already made it through my spam-control:

“I tend not to leave a response, however after browsing a ton of remarks
here EarTrainer | Small Apps. I actually do have 2 questions for you if it’s okay. Could it be simply me or does it give the impression like some of these remarks look like they are coming from brain dead folks? 😛 And, if you are posting at other sites, I would like to keep up with you. Would you list of the complete urls of your social sites like your linkedin profile, Facebook page or twitter feed?”

So my decision? Trash that Spam! Bye, bye!

Sorry, only available in German. 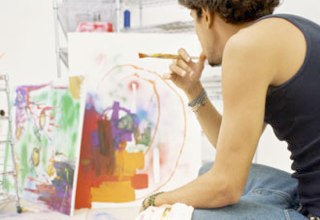 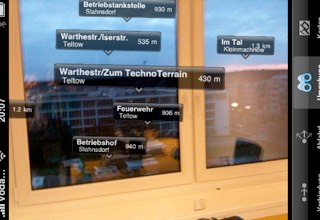